Description: Our societies have been prospering, much due to huge technological advances over the last 100 years. Unfortunately, criminal activity has in many cases also been able to draw benefits from these advances. Communication technology, such as the Internet and mobile phones, are today “tools-of-the-trade” that are used to plan, execute, and even hide crimes such as fraud, espionage, terrorism, child abuse, to mention just a few. Almost all countries have regulated how law enforcement, in order to prevent or investigate serious crime, can sometimes get access to meta data and communication content of service providers, data which normally is protected as personal/private information. The commonly used term for this is Lawful Interception (LI). For mobile networks LI is, from a technical standpoint, carried out according to ETSI and 3GPP standards. In this talk, the focus will lie on the technical LI architecture for 5G networks. We will also give some background, describing the general, high-level legal aspects of LI, as well as some current and future technical challenges. 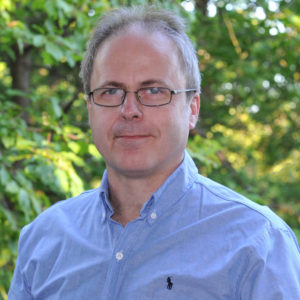 About the speaker: Mats Näslund has an MSc in Computer Science (1993) and a PhD in cryptography (1998), both from KTH, Stockholm. From 1999 to 2017, he worked with most aspects of network and information security, including standardization contributions in IETF and 3GPP, as part of his employment with Ericsson Research. In 2009, he was appointed Inventor of the Year at Ericsson, and is (co-)inventor of over 100 patent families. As of 2017, he works as a cryptologist at the National Defence Radio Establishment outside Stockholm, an agency under the Swedish dept. of defence. As part of his work, he represents Sweden in technical LI standardization in 3GPP. Mats also has a part time appointment as adjunct professor at KTH.